I have a friend named Margie, a nephew named David, a niece named Megan, another nephew named Ivan.  I used to work with a man named Raul.  Angie, Arturo, Maria, Beatrice, Leo were names of some of my classmates.  My son has a friend named Logan.  What if it had been them, these people I know who carry the same names as those randomly shot, murdered in El Paso and Dayton?

I grieve not only for those who died but others who could have.  I feel impotent, helpless.  Knowing my voice should matter, being told it counts, I struggle with where or how to make it heard, knowing it’s more important than ever.  My friend’s husband’s name is Derrick.  The principal of an alternative high school is named Teresa.  What if it had been them?  It could have been anyone.

31 killed.  They have names.  Please don’t reduce them to a number.  They had names just like my nephew, my niece, my friend.  It could have been them.  It is personal, not just a number.  And please don’t call it the new normal.  This is not normal.  Please don’t tell me it’s mental illness or video games or the internet.  Other countries have mental illness, video games and the internet.  We have guns.  And most of all, please don’t tell me that more guns will make us safer.  If that were true, we’d already be the safest country in the world.  We are not.

Yesterday I saw a hand-lettered sign in the back window of a pick-up truck:  Are you a proud American or are you a Democrat?  I would like to answer that question although I don’t consider it an either/or kind of question.  No, I’m not a proud American.  Not by the definition of proud that I know.  Proud means pleased, appreciative, self-respecting.  Or it did.  Now I see there’s another set of synonyms I had overlooked: arrogant, self-important, haughty, pompous.  The kind of proud that is self-centered, narcissistic.  The kind of proud that believes in personal rights at the expense of safety, dignity, community, common good.

Americans, however proud we are, are allowing mass killings.  Sandy Hook broke my heart.  Those children each had a name.  Aurora horrified me.  Men, women and more children with names.  Orlando caused my tears to flow.  People with names.  I can’t even name all the places anymore.  Las Vegas, California, Parkland, and more.  I read in my Sunday paper, “The shooting (in El Paso) is the 21st mass killing in the U.S. in 2019, and the fifth public mass shooting.  (A “mass killing” is one incident with more than four people killed, not counting the shooter.)  These men, women and children were murdered in places we normally feel safe, places like festivals and Walmart, places we go to enjoy ourselves or to shop.  Places my friend Maria would go to buy school supplies for her grandkids.

Like many others, I’ve written to our “leaders” pleading for gun control.  “The right to bear arms” – is this what they meant, those wise men who drafted the Constitution over 200 years ago?  Would they approve of their words carved in stone and steel, never changing even in the face of new knowledge and new technology?  Do we stay in 1776 or even still wear the clothes of the revolutionaries?  While other things change and evolve, why do outdated words dictate?  What about the right to assembly?  Where does that fit in with mass killings in schools and malls, festivals, and dance halls?

But it’s not mass killings alone.  They are part of a bigger picture of hatred and fear.  I’m not proud of closing borders to people fleeing violence, putting children in lock-down, causing lifelong trauma, ignoring all we know about family and belonging and loving our neighbors as ourselves.  I’m not proud of the stoking of racial fear and prejudice.  I’m not proud of the bully tactics of our “leaders” and of their followers, old and young, who have taken ugly rhetoric as permission to belittle, to withhold, and, yes, to kill.  Yes, we have the right to freedom of speech.  And we have powerful, ugly words we fling carelessly and without thought of consequence.

No, I’m not proud of America.  I wish I could be, but something is rotten in America.  We have our freedoms and our rights, but we have lost sight of why these rights came to be and the original purpose of the words.  Our framers were reacting to severe restrictions.  Living in 2019, I can’t get into the heads of the men who guided a new country, but it’s beyond my imagination that they would be proud of the extremes to which we have taken their words.

Last week I walked around a Denver neighborhood known for its colorful murals.  With appreciation and gratitude to the artists, this is what I saw: 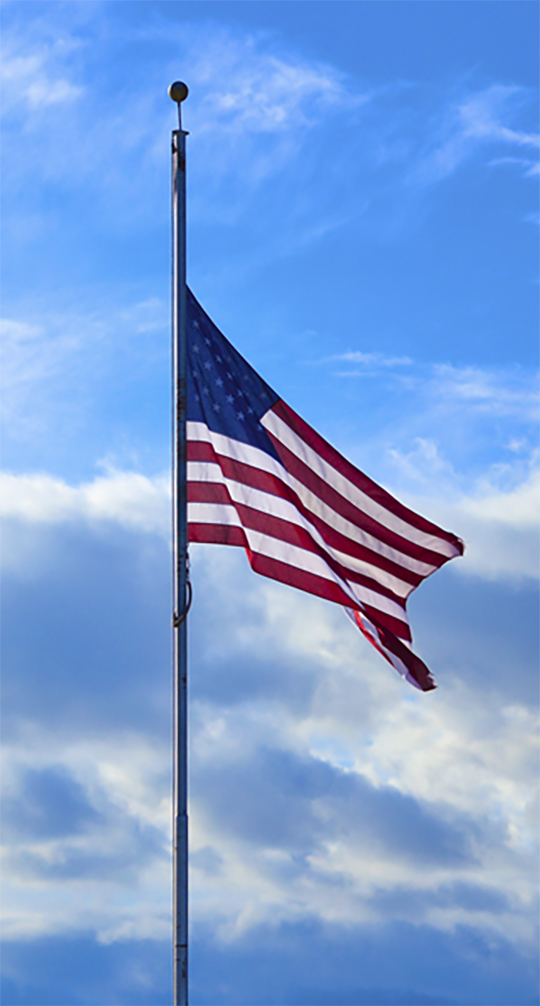 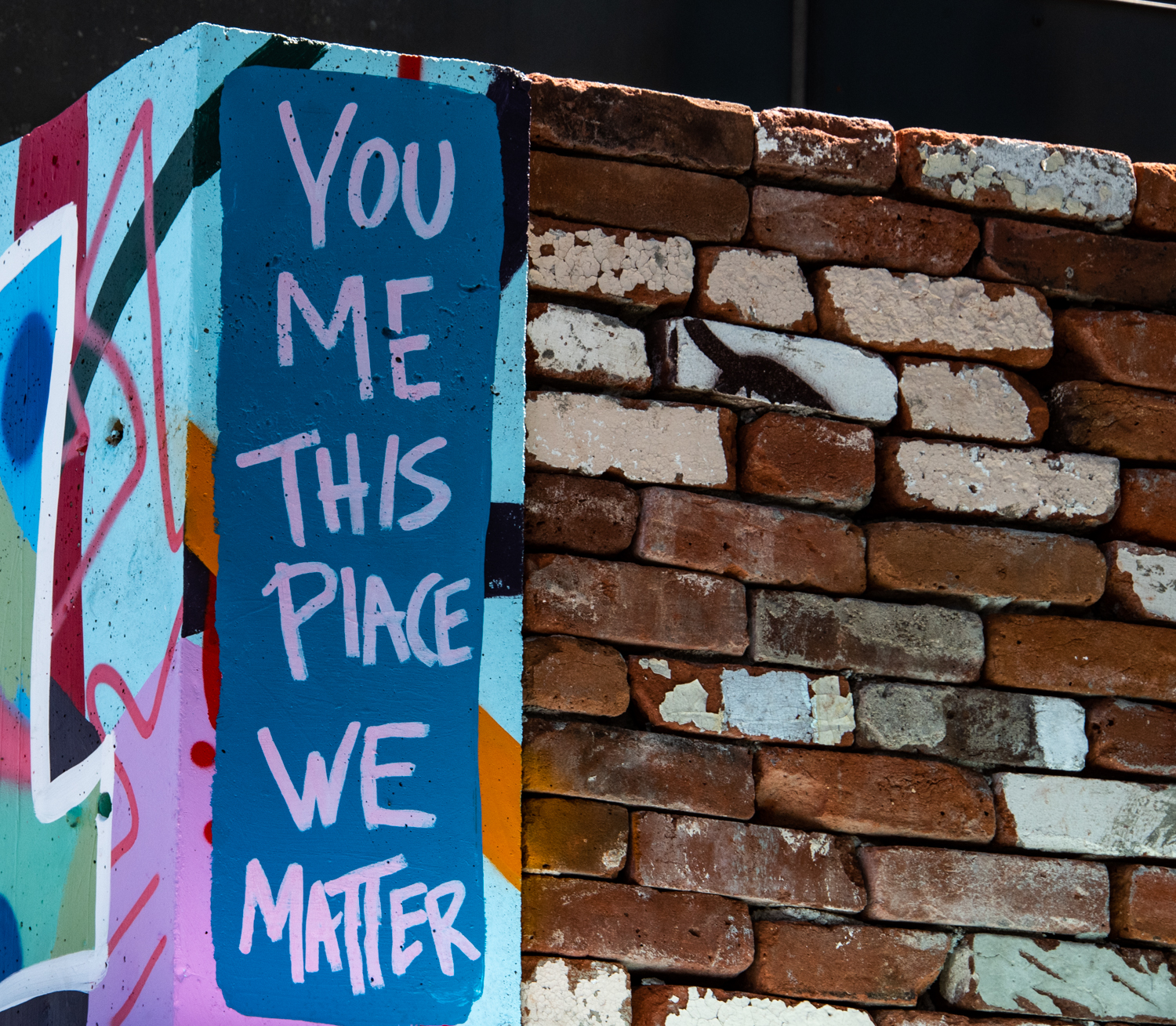 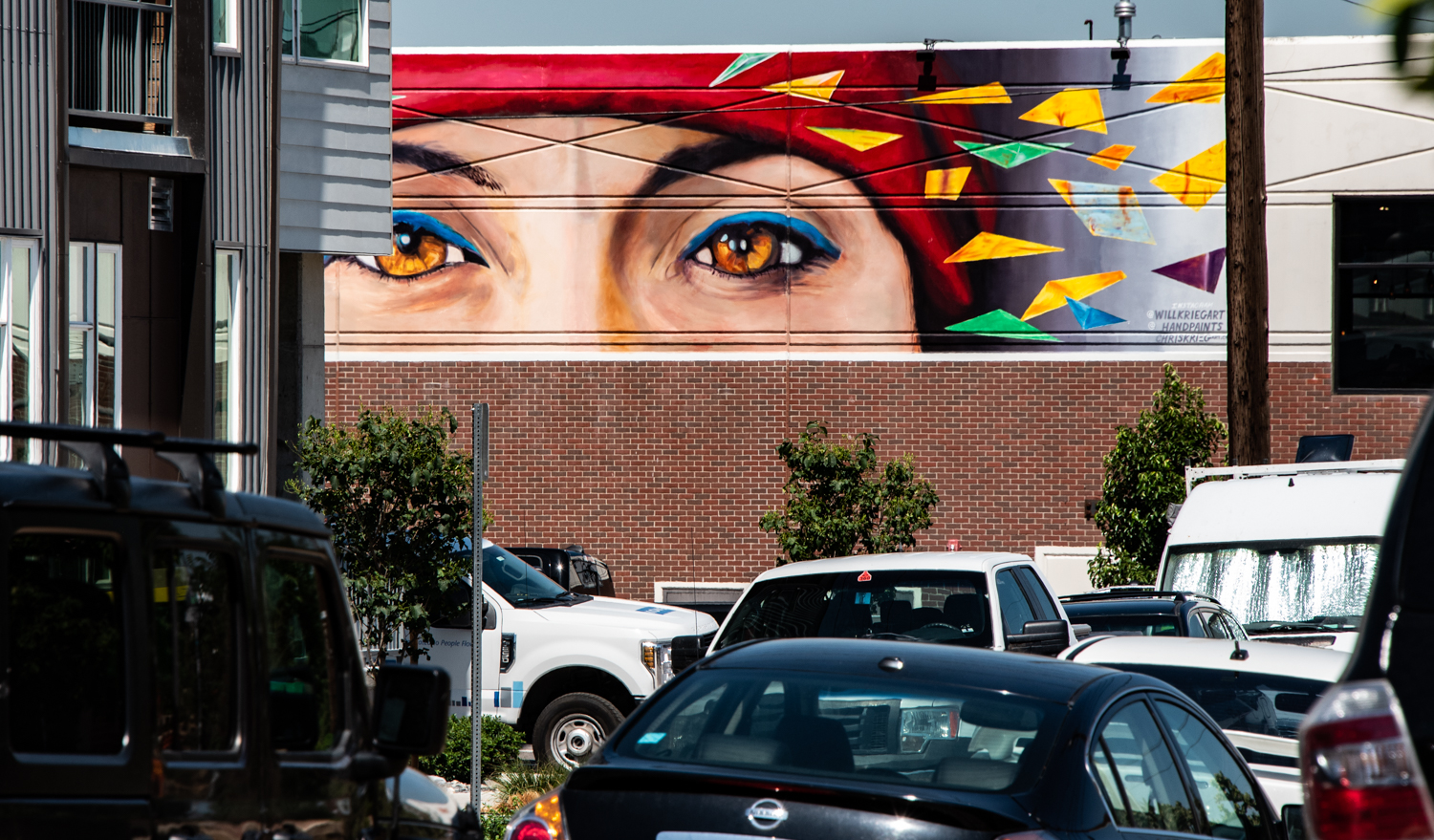 And one without words, only eyes watching.  May we open our eyes wide. And even wider.

I urge you to take the following actions:

I Shutter to Think