A couple years ago I was at a weekend retreat with a handful of women. One morning, one of the women led us in a movement and mantra meditation. Simple words that I learned were part of the Navajo Blessingway Prayer

The words stuck with me.  A reminder to look all around as I walk. To walk in wonder. To walk in awe. To acknowledge even the grasshoppers that are mentioned in another line of the Blessingway Prayer.

Yesterday I was feeling down. At some deep part of me, the Blessingway words told me to get out and walk. Just walk. Being the goal-setter I am, I told myself:

Don’t come home until you see 10 things that lift your mood. 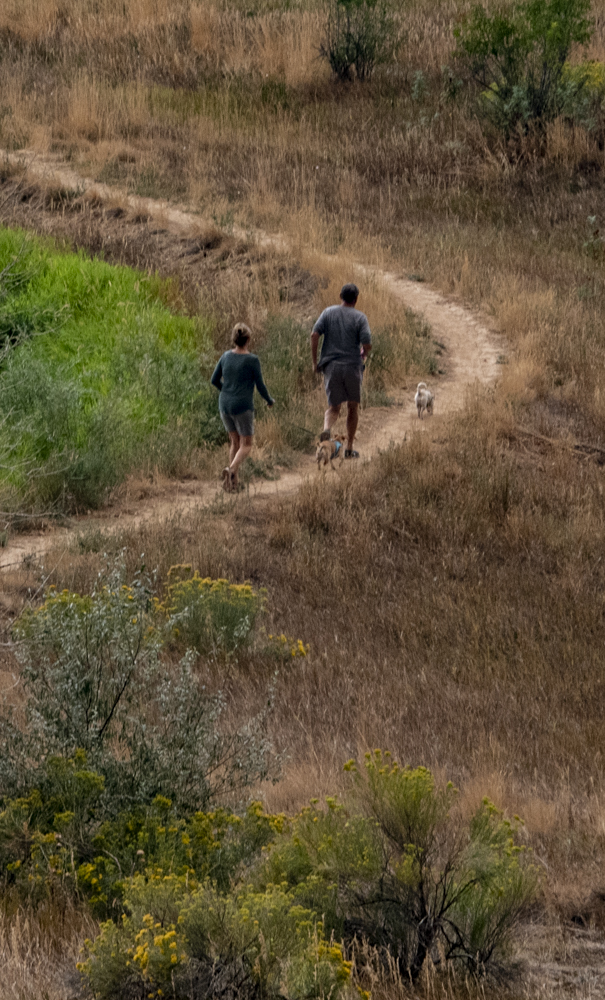 2- Met a neighbor with a cast on her arm. She had had a procedure to correct a problem with her thumb. I’ve been having a similar problem and now know that if it gets bad enough, there is probably a solution. Nice to know.

3- The path I had chosen takes me through a tunnel under a highway. Just as I was going through the tunnel, I met a family of four adults on bicycles with one bike attached to one of those cute bike trailers with a kid inside. The kid was calling out loudly just to hear the echo in the tunnel. Happy unbridled joy.

4- I walked on and saw another man approaching on a bike. (Wow, there were a lot of people out on bikes this sunshiny Saturday morning!) This man was playing music quite loudly for being out on the trail. I recognized that voice! I recognized those words. And as the man passed me, I sang out just as loudly: “King of the Road!” The man and I grinned at each other.

5- Just as he passed, the man called out to a big black German Shepherd who had run up to the chain link fence that separated his yard from the trail. Particularly if someone is walking by with another dog, this big German Shepherd can get rather aggressive and scary. The man on the bike knew the dog and called it by name. “Good morning, Lilly!”  What? The dog’s name is Lilly? Someone has a sense of humor! 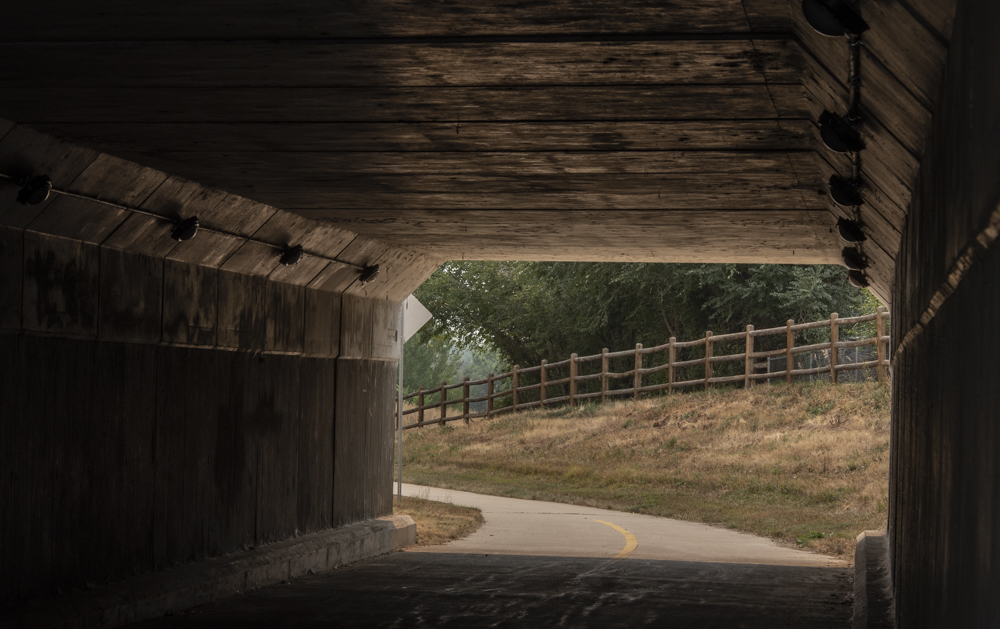 Shaking my head and with a smile on my face, Roger Miller and I walked on.

Trailer for sale or rent. Rooms to let, fifty cents. No phone, no pool, no pets. I ain’t got no cigarettes. Ah but two hours of pushing broom buys an 8 by 12 four-bit room. I’m a man of means, by no means, King of the Road.

6- In the distance ahead, on a bridge going over the irrigation ditch, I saw someone who looked like he was on his knees, not moving. I was far enough away I couldn’t tell what was happening. I wondered if he was hurt or what. As I continued to walk towards the bridge, he didn’t move. When he finally started towards me, I saw that his legs were crippled, and he was swinging along on two arm braces. He would take a dozen steps, stop for a few moments, then continue. Walking along on two healthy legs, any complaints I had were silenced. I could do nothing but admire his resolve. Sometimes I need a reminder.

7- As we were about to pass each other, I greeted him with “Beautiful day!” “Yes, it is,” he said, “but it’s going to get hot later today.” “Wait ‘til Tuesday!” I bantered. (The weather news is that we’re going from the 90’s to the 40’s with a possibility of snow on Tuesday.) “Right,” he said. “It’s September in Colorado. The seasons are playing tug-of-war and you don’t know who’s going to win.” I laughed and moved on, memorizing his words as I pictured summer and fall fighting for control. 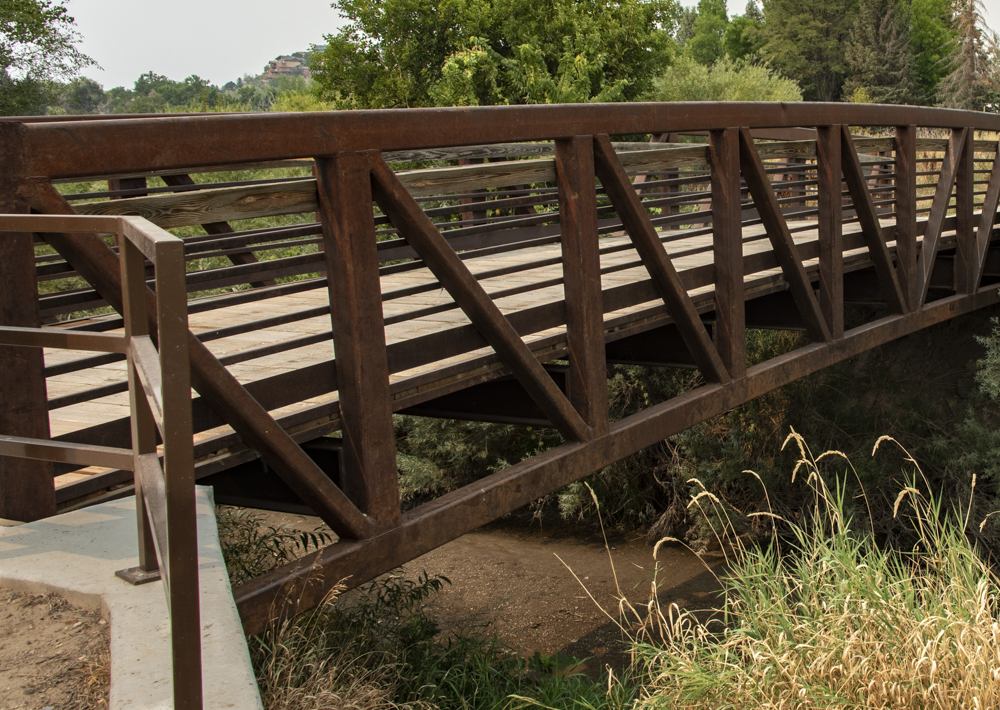 8- As I kept walking, something told me to look up. Two hawks were circling, circling, circling above me. I’ve adopted the hawk as my spirit animal (or they adopted me, I’m not sure which it is.) I told them thank you as my own spirit soared in the sky with them.

9- Sunflowers. All along the trail I noticed sunflowers. Bunches of them. Happy, jaunty, yellow sun worshippers. I told them thank you as well. I said it out loud.

10- The loop I had chosen took me along the highway for a few blocks before turning back into my neighborhood. The road was quite busy. This is the highway that takes people from the lowlands up into the mountains, to Estes Park and to Rocky Mountain National Park. It’s always busy, but even more so on the weekends. It took a while for a break in the traffic to allow me to cross the highway. Sure, I could have been aggravated. I could have looked at it that way, but this was number 10 in a long list of noticings. This highway takes me through a beautiful canyon and up to Rocky Mountain National Park in just under an hour. How lucky am I to live where I do? 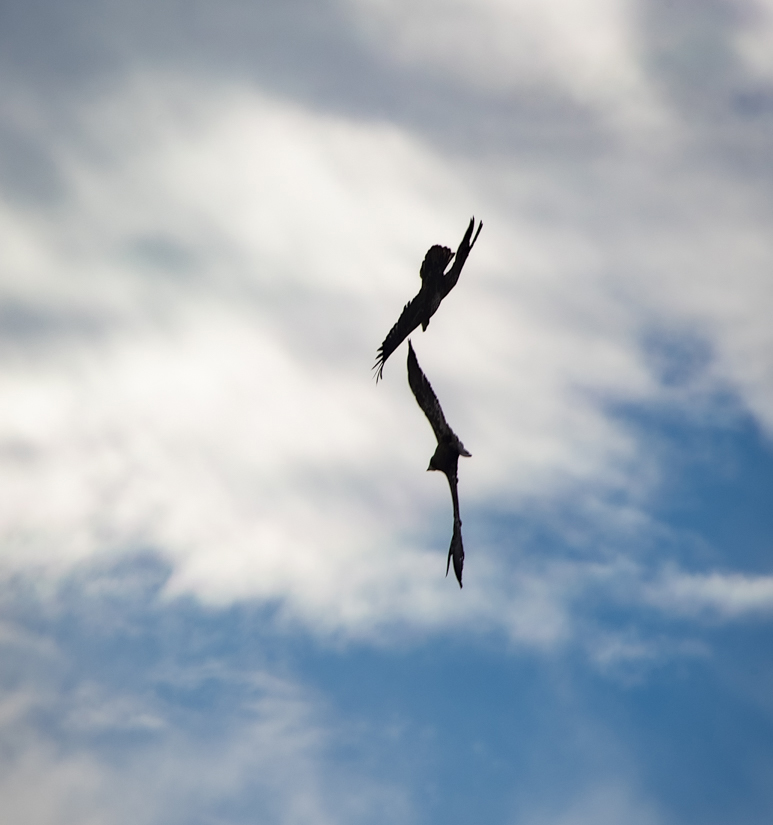 I am grateful. I am full. I walk in beauty.

Walking in beauty is being in harmony with everything around you – recognizing the beauty or connectedness of everything you see, even those things that may not seem conventionally beautiful. It is a heightened state of consciousness.

Bikes and echoes, crutches and dogs, sunflowers and songs, hawks and highways, even a cast on an arm…

Oh yes, I walk in beauty. 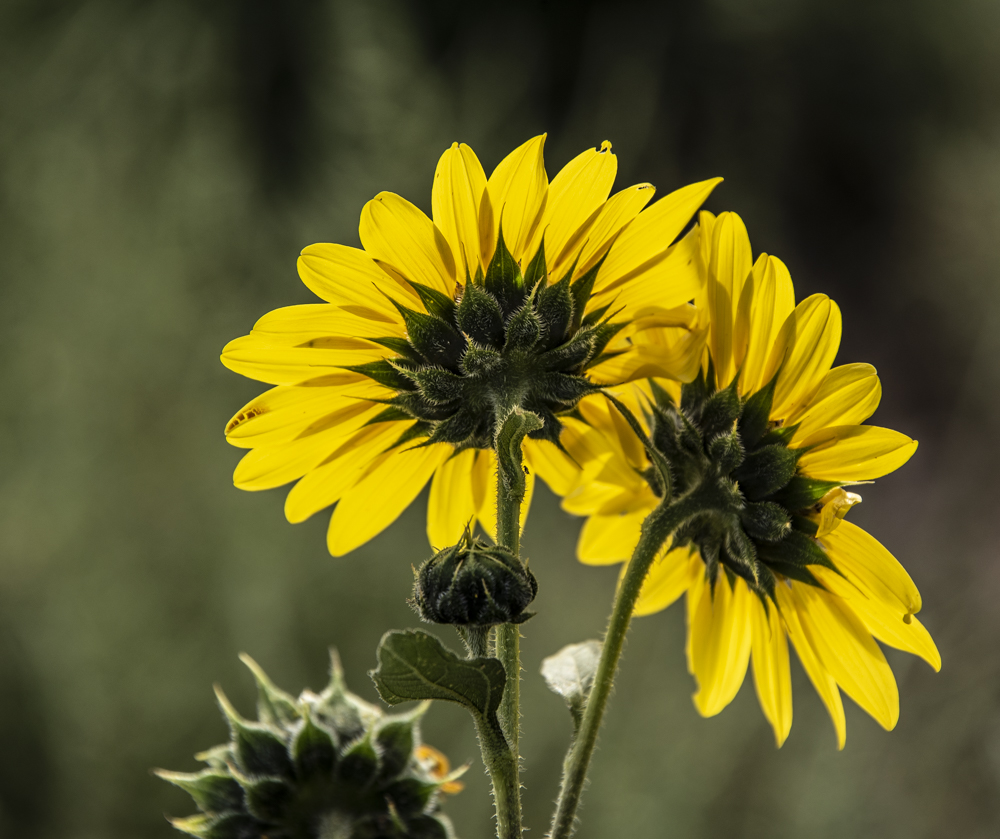 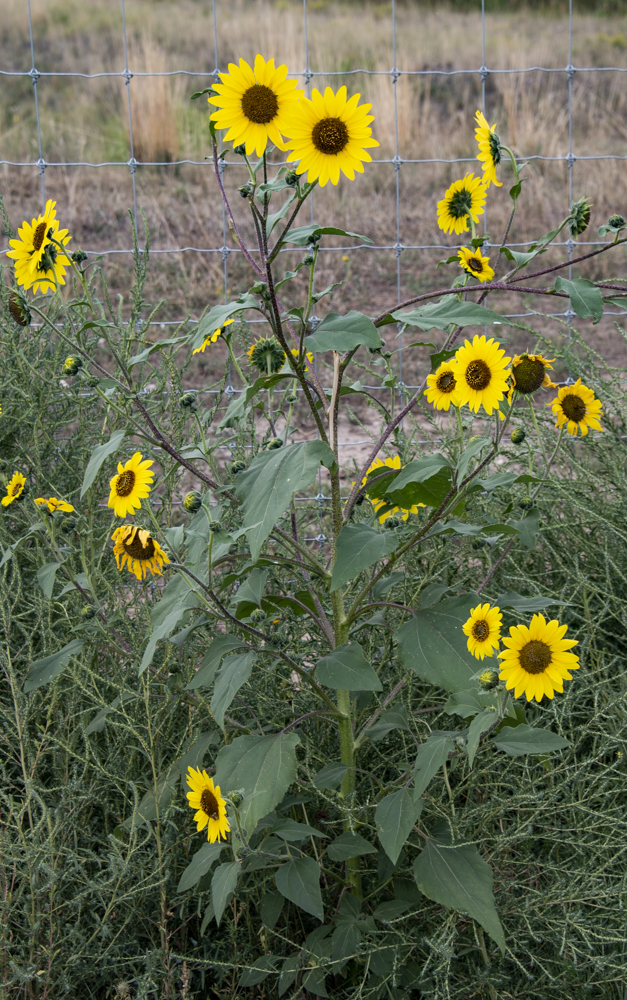 Treasures from the Mountain