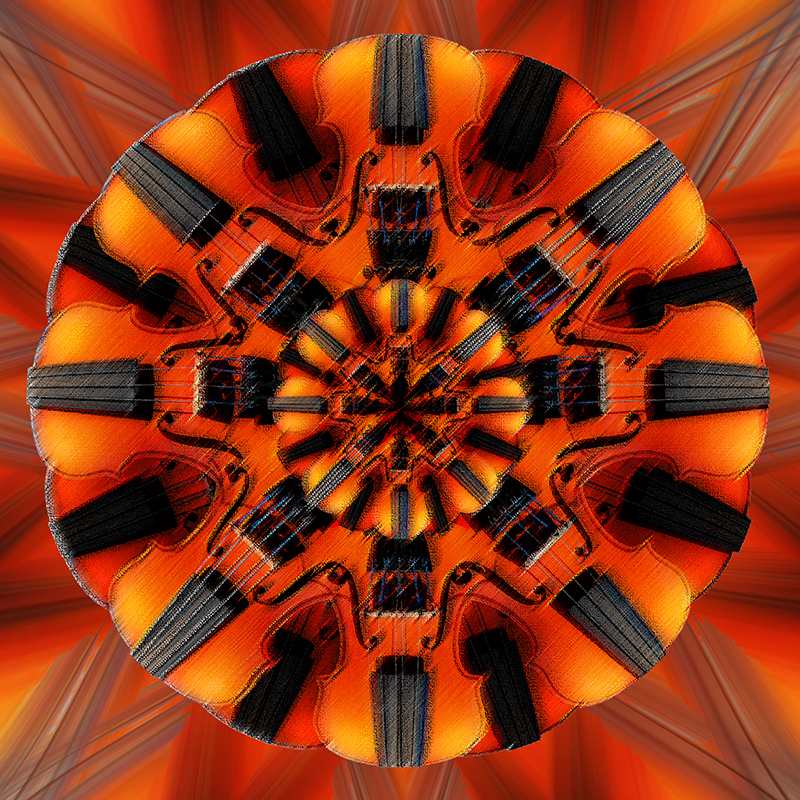 Have you ever owned a Stradivarius?

Me neither.  But one time, many years ago, I had a Guarnerius.  The Guarneri family of violin makers were contemporaries of Antoni Stadivari.  Andrea Guarneri was an apprentice of Nicolo Amati, as was Stradivari.  Then there was Andrea’s son, Giusseppe, and then his grandson Bartolomeo, the most famous and accomplished of the Guarneri master violin makers.  The Guerneri name is not as widely known today as Stradivari, at least not among us common folk.  But Wikipedia tells me: Bartolomeo’s instruments “are considered equal in quality to those of Stradivari, and claimed by some to be superior. Guarneri’s violins often have a darker, more robust, more sonorous tone than Stradivari’s. … The quality and scarcity of his instruments have resulted in sale prices in excess of $10 million USD.”  The most recent sale was just under $18 million, making it the most valuable instrument of any kind in the world.

Like I said, at one time I owned a Guarnerius.

But let me back up a bit.  Tell you about my less-than-illustrious career as a violinist.

I began playing violin at 9 years old.  I played once a week at school and had private lessons at home.  Every Saturday morning, starting when I was 10, I took the city bus downtown to play in the Albuquerque all-city youth orchestra.  I had a beautiful instrument that had deep orange-red varnish.  Beautiful to hold and behold.  I carried it in one of those old cases made of heavy cardboard.  Like most of us, the beauty is in the instrument, not the carrying case.  I continued to play through fifth and sixth grade but, at the pinnacle of my career, I froze during a recital.  Totally, absolutely, completely froze.  My father, an accomplished pianist, was accompanying me.  Or was trying to.  He started again.  I didn’t.  He started again.  I couldn’t.  He stood up and walked back to his seat.  I slumped back to mine, chin on my chest, not daring to meet anyone’s eyes.  The silence was deafening.  I had shamed the family to the core.  How would my father go to work on Monday?  How would my mother hold her head up in public?  Would they banish me to my room forever?  Put me up for adoption?  But who would want such a failure?  All 35 people in the audience had witnessed my complete public humiliation. The event was never mentioned again. It was just too painful for the entire family.  After a few days, I tentatively began speaking again.  A couple months later, I quit violin.  But unbeknownst to me, violin had not quit me.

In high school, an uncle whom I hardly knew died.  My mother went to Oklahoma and came home with a violin which had been his.  She said it now belonged to me.  I guess she had forgotten all about the shame and humiliation I had brought to the family.  She said I should notice the label inside.  It was a Guernerius.  It might be worth something.  I didn’t know Guerneri from Paganini, but she said he was right up there with Stradivari.  I filed it away in the interesting facts file in the back of my head.  Every once in a while, I would go into the bathroom and see that my mother had left the case of the violin open and the hot water running in the bathtub to steam up the room.  She said it was important to keep the violin from drying out.

The two violins, my orange-red beauty and the more somber Guernerius, stayed in my parents’ house for many years.  Then, when they sold the house and got rid of the accumulated stuff, the violins came to me with the reminder from my mother to remember how valuable the Guernerius might be.

That violin became my insurance, my ace-in-the-hole, my security against hard times.  I always knew it was there if and when I needed it.  Valuable beyond anything I could imagine.  A hidden treasure in the bedroom closet.  And no one was the wiser.  It sat quietly in an old black, battered case, the simplest of disguises.  Sometimes I’d take it out and look at it, look at the label, the old faded letters, the name.  I’d wonder and dream about what I’d do with all the money it would bring.  I didn’t know HOW valuable a Guernerius violin was.  I didn’t have the Google tools of today.  I just knew it could be a windfall, and I needed to hold onto it until just the right moment.  It was like having a winning lottery ticket.  The anticipation was delicious.  The dreaming was imagination gone extreme.  The what-if’s could keep me going for hours.  I mean, what would YOU do if you won a million dollars?  No.  I mean REALLY, what would you do?  Have you ever played that game?  The combination of material dreams come true and, of course, philanthropy.  Probably in that order.

So, the violin stayed in its case, holding my security and my dreams.

Then one day, money was tight.  Three kids, and a husband in graduate school.  In one of our many conversations, I had told my friend Carla about the violin.  She suggested that maybe now was a good time to check it out.  Together we did some research and found a professor at the University of North Texas in Denton who taught classical violin and played in a symphony.  He might know something about valuable violins.  I called him and he seemed friendly enough.  Sure.  Come on up, he said.

I loaded the beat up old black case with its hidden treasure into the car, and drove an hour up the road to Denton.  I found a parking place, located his office, and walked in.  It seemed so strange to be carrying such a valuable instrument in this beat up old case, but who would want to advertise what they were carrying?  It made perfect sense to be careful, not call attention to it.

We introduced ourselves and I got right to the point.  I opened the case, gently took out the valuable instrument and handed it to him.  And he laughed.  Immediately, he laughed.  Not at me.  It wasn’t Frozen Recital, Take Two.  Not at all.  He just laughed an understanding inclusive laugh and told me this happened frequently.  Yes, there was that label and yes, it was counterfeit.  It was a copy.  There were a lot of them out there.  I must have looked so embarrassed and crest-fallen that he continued to reassure me.  Told me I wasn’t the first, nor would I be the last.  No, he said, I hadn’t wasted his time.  After all, he, too, was curious after my phone call.  Then he asked me if I had ever seen a Stradivarius?

No, of course I hadn’t.  I hadn’t ever even seen a Guernerius!

It belonged to a wealthy couple in Fort Worth and they loaned it to him.  They wanted it to be played, to be heard.  It made perfect sense to loan it to a master musician who would appreciate it and play it so others could hear it as well.  (Did they know it sat on a file cabinet in his office?  Or did he perhaps get it out and put it there, ready to show me?)

That professor/musician was so kind and generous.  He let me feel what it was like to hold a real treasure in my hands.  I held a Stradivarius for a few moments that day, and knew he had given me a gift even as he crushed the dreams I had nurtured for over 20 years.

But just so you know, I can still dream, and I still have hidden treasures in plain sight.  I have a couple pieces of vintage Navajo pottery from San Ildephonso Pueblo in New Mexico.  They’re not by the most famous of Navajo potters, not by Maria Marinez, but they are by Rose, Maria’s cousin’s wife. They were bought in 1950 by my mother.  Rose’s signature is on the bottom.  Someday, I might get them appraised.  But maybe not.  They are my ace-in-the-hole, my unclaimed lottery ticket, my treasure, my dreams.

And the so-not-a Guernerius?  It went to a nephew in Minnesota, with no claims except that, with practice, it might offer up a nice tune.

I bought a painting in Seattle